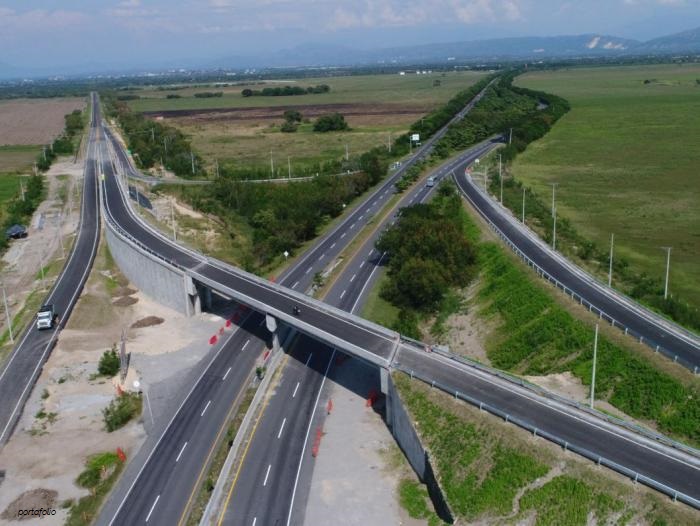 The North American organization is aiming to strengthen this mechanism, which this year had 27 projects approved of companies from all sectors.  That’s why after the first discussion which took place in Bogotá, USAID is organizing discussions in other 3 big cities of Colombia.

A total of 400 companies contribute to the economic and social development of the most affected zones by the armed conflict (Zomac), of which 27 presented projects for the program ‘Works for Taxes’, reported the Territory Renewal Agency (ART) during a discussion organized by USAID and the Cámara de Comercio Colombo Americana, AmCham Colombia in Bogotá.

“For this year and despite we didn’t have well structured the Project Bank  for this category, we approved 27 projects of which 23 are already f

unded with $220 billion COP out of $250 billion that had been approved as Confis Quota”, said Angélica Leguizamo, Director of Execution and Assessment of Projects for ART.

The ‘Works for Taxes’ mechanism was created so that companies with annual incomes over $1 billion COP, can pay the 50% of their tax obligations through the funding of infrastructure works, services, education and healthcare in the 344 rural towns of the country which have been established as Zomacs.

“In order to ensure that it is a viable project, the entrepreneur may divide its contribution in two: first, helping to finance the viability studies and then, paying for the construction of the work as such.  In addition, if the company wants to fund a work with an amount over the 50% of its tax obligation, it may do so, and that amount will be deducted of its income taxes for the next 10 years” declared the ART expert.

Two companies that attended the event and that take part of the mechanism were Ecopetrol and Grupo Mineros.

Mónica Lopera, tax director of Grupo Minero, said that her company has made available around $18 billion COP to finance 5.5 km of roads in Zomac territories, which will benefit 80,000 people.

In the other hand, Juan Camilo Granados of Ecopetrol said that from the beginning his company was very imterested in taking part of the program, because they saw it as a great opportunity to complement thir social investment.

“We financed seven projects which represented an investment of  $94 billion COP for infrastructure of 20 km of roads and the remodelling and construction of education facilitie­s.  We are the company which has been the most involved this year.” he said.

Granados also made some recommendations:  first, he adviced the entrepreneurs to select a completely dedicated group of people to identifying opportunities in projects for ‘Works for Taxes’ and follow up their development, because it will be a crucial element to develop as a company and help the community.

In the same way, he asked ART to publish the Confis Quota at least one year ahead and without limiting the amount, in order to allow entrepreneurs to have a more active role.

USAID´s idea with these meetings is to open a space where the mechanism ‘Works for Taxes’ can be socialized and get feedback from so many actors of the private sector as possible in order for them to get more involved in the regional development throughout these projects. The U.S. Agency for International Development will carry out four more of these  forums in Barranquilla,  Cali, Medellín and once again in Bogotá.

This website uses cookies to improve your experience while you navigate through the website. Out of these, the cookies that are categorized as necessary are stored on your browser as they are essential for the working of basic functionalities of the website. We also use third-party cookies that help us analyze and understand how you use this website. These cookies will be stored in your browser only with your consent. You also have the option to opt-out of these cookies. But opting out of some of these cookies may affect your browsing experience.
Necessary Siempre activado
Necessary cookies are absolutely essential for the website to function properly. These cookies ensure basic functionalities and security features of the website, anonymously.
Functional
Functional cookies help to perform certain functionalities like sharing the content of the website on social media platforms, collect feedbacks, and other third-party features.
Performance
Performance cookies are used to understand and analyze the key performance indexes of the website which helps in delivering a better user experience for the visitors.
Analytics
Analytical cookies are used to understand how visitors interact with the website. These cookies help provide information on metrics the number of visitors, bounce rate, traffic source, etc.
Advertisement
Advertisement cookies are used to provide visitors with relevant ads and marketing campaigns. These cookies track visitors across websites and collect information to provide customized ads.
Others
Other uncategorized cookies are those that are being analyzed and have not been classified into a category as yet.
GUARDAR Y ACEPTAR